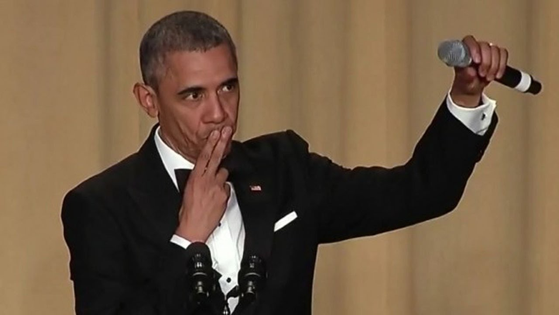 When President Bill Clinton left office in January 2001, he pushed through a flurry of literally last-minute “midnight” executive orders and regulatory measures. They were aimed at rushing through items in line with his ideological leanings in direct contradiction of his successor. Now, faced with a similar circumstance, President Obama seems poised to do the same thing. President Obama has already said he instructed his team to “run through the tape” in order to make changes up to the last minute of his presidency. Fearing the dismantling of his legacy and facing a ticking clock, President Obama could ram through a series of regulations that could have serious impacts on a variety of sectors.

In addition, President Obama could also enact new telecommunications regulations through his outgoing FCC Chairman Tom Wheeler (who is already being warned by Republican lawmakers to avoid such measures) or offer a surge in acceptance of Syrian refugees. An outgoing President can still have substantial influence and President Obama does not seem likely to leave without a few last-minute additions to his policy resume.

THE COMING OBAMACARE DEBATE
Repealing Obamacare has been a GOP policy priority since the law’s inception. President-elect Trump has stated “either Obamacare will be amended, or repealed and replaced,” so it’s time to look at what the replacement options may be. Several leading Republicans have proposed detailed replacements to the law, including Rep. Tom Price’s proposal to expand health savings accounts, create new tax credits for purchase of coverage, and lawsuit abuse reforms; or the proposal announced by Speaker Ryan to better protect Medicare, preserve employer-based insurance by eliminating the so-called “Cadillac tax,” and enact real medical liability reform. All of these ideas could form the basis for the replacement or amendment of Obamacare.

BALLMER’S PLAN TO SAVE THE GOVERNMENT
Former Microsoft CEO and self-proclaimed “numbers guy” Steve Ballmer has been spending a portion of his retirement buried inside Excel spreadsheets with a team of 25 data geeks creating a comprehensive accounting of U.S. government spending. Ballmer’s project, called USAFacts, aims to treat the nation like a company and release a full analytical report of the U.S. government as though it were a company preparing for a call with investors. The project will eventually allow anyone to understand how and where the government spends money, but it could also allow for a more private-sector style analysis of government performance based on measureable outcomes vs. taxpayer “capital” invested.

PROGRESSIVES PASS THE HAT
In preparation for the Trump presidency, left-wing progressives are already looking to build an insurgency to obstruct as many of the new president’s policies as possible, and they need wealthy liberal donors to contribute to the war chest. Left-wing mega-donors are already holding three-day retreats to strategize how to fund opposition to the yet-to-be-formed Trump Administration, and former Rep. Henry Waxman and his lobbying firm have started preparing tactics for progressive causes to use in efforts to block key Trump agenda items. Liberal groups like NARAL Pro-Choice America, the Sierra Club, and Planned Parenthood are also taking advantage of the progressive fears of the Trump Administration in order to increase fundraising efforts to prepare for large-scale opposition campaigns. With the election of Donald Trump marking a rejection by voters of the status quo of how Washington operates, it is interesting to see the progressive movement fall into the same old DC ways.

FED’S PHILLIPS CURVE OBSESSION
Between maximum employment (from a technical standpoint, if not in reality) and stable prices, Federal Reserve officials seem satisfied with economic performance and look to be on a path to raise the interest rate. But University of Mississippi economics professor Michael Belongia and Boston College economics professor Peter Ireland argue this false confidence is based on the Fed’s infatuation with the Phillips Curve – a systemic tradeoff between unemployment and inflation. When you instead examine Fed performance by looking at the output gap – which is computed as the percentage point difference between real GDP and the CBO’s latest estimates of potential output – it projects a less rosy outlook.

POLLING IN THE POST-TRUMP WORLD
With many asking how the polls could have predicted last week’s election so wrong, polling expert and official Friend of Delve, Kristen Soltis Anderson, penned a column outlining what happened and where the polling world is headed. She points out that one key factor in the Trump campaign’s ability to see their hidden voters was that, unlike most other polling, they were able to avoid “social desirability bias” – or the desire of respondents to not give the “wrong” answer – by looking at voters’ responses to key indicator questions beyond the top line “horse race” figures on which most public polling does. Anderson also points to the Clinton campaign’s mischaracterization of likely voters, arguing, “You can’t take the customer base for Brand Obama, change up the formula, and expect that same level of sales.” Anderson suggests that possibly looking to new ways, such as search trends or social media chatter, to determine voter opinions might help, but that regardless, the polling industry must evolve.