This Thanksgiving will see the most Americans traveling since 2005, and of those, nearly 48.5 million Americans will be hitting the road in their vehicles to be with family and friends. With the recent advances in automobile technology, it’s not farfetched to envision many Americans unplugging their self-driving vehicles to set out on their holiday pilgrimage in just a few short years. These technologies raise a number of challenges as they come closer to reality, so here is what you need to know as the public policy discussions – perhaps around the Thanksgiving table – begin in earnest:

The recent advances in automobile technology have led to smarter, more efficient, and more comfortable vehicles at a more affordable price than ever before. This trend is likely to continue with even greater speed as electric and autonomous vehicles become more common, suggesting that related public policy issues (strategic minerals, anyone?) will be featured more prominently in the public policy debate going forward. From all of us here at Delve this holiday season: drive carefully!

Analysts at Delve know the importance of vetting, but artificial intelligence (AI) has taken vetting to an extreme new level. Companies have begun using new algorithms to go over potential future employees’ social media accounts, leaving no tweet or Facebook comment unread, and one such platform called Predictim even vets babysitters for parents by searching accounts for everything from criminal activity to “bad attitudes.”

Proponents believe uncovering objectionable social media activity will prevent damage to the company’s reputation or work environment, although critics warn that AI systems do not understand the context of tweets and comments, could make unfair judgments that may prevent a skilled candidate from getting a job, and can also be susceptible to bias. While vetting is an important part of the hiring process, the drawbacks of relying fully on machines to evaluate job candidates demonstrates the importance and value of human analysis.

The secret world of customer service is becoming not so secret anymore, thanks to The Wall Street Journal recently bringing to light how some companies have been judging us as customers. Companies ranging from retail to airlines to cars are increasingly using a customer service rating system known as customer lifetime value, or CLV, to inform their business decisions. A customer’s score is based off of traits such as age, marital status, zip code, the number of items they return and customer service calls they make, and even the likelihood of them bad-mouthing a company.

These scores are not typically made available to customers, who are often unaware that they exist, yet such scores can determine the prices they pay, the products and ads they see, and the perks and customer service levels they receive. As more companies adopt CLV scores and customers become more aware of their existence, policymakers may begin investigating companies on this matter and explore implementing guidelines for regulating how such scores are calculated and used in the future, lest such a system lead to discrimination (or claims of discrimination) against certain customers. 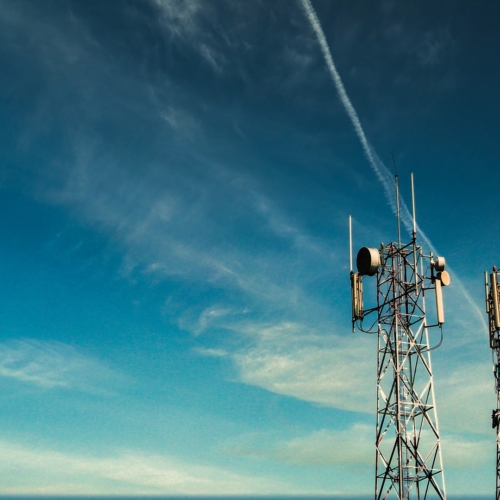 Bridges, Broadband, and Batteries December 5, 2020 Here's what you need to know... As the…

WHEN UNIONS ARE ANTI-UNION

Unions frequently attack CEOs for not sharing their wealth with employees, but ironically, it appears that the leaders of these unions are not sharing their own wealth. The Office and Professional Employees International Union, which represents the office workers of the AFL-CIO and the SEIU, recently criticized the two leaders of these unions, Richard Trumka and Mary Kay Henry, respectively for “richsplaining.”

The AFL-CIO and SEIU are reportedly attempting to force contracts on workers that will freeze pay, reduce sick leave, and weaken senior protections. This criticism exposes the unions’ vulnerability on the same issues they criticize other companies and executives for, and the hypocrisy damages the unions’ credibility in the public arena in a way that can impact their ability to achieve their objectives in the future.

Just as Motel 6 settled its lawsuit over its too-cozy relationship with Immigration and Customs Enforcement (ICE), a new company is facing a similar public affairs challenge related to the agency: 7-Eleven. After a number of ICE raids at 7-Eleven stores demanding paperwork and information from franchisees about their current and former employees’ legal status, some franchise owners are suspicious that the 7-Eleven corporate office is playing a role in which stores are raided, largely because those raided are owned by franchisees who have challenged the company on everything from inventory requirements, profit-sharing, and even the way Red Bull cans are displayed.

The company has been known to use questionable tactics in the past against franchisees including surveillance vans and hidden cameras to build termination cases against them, and this “weaponization” of ICE would be a new, aggressive step. While it remains to be seen how this all plays out, we can speculate that there will be political and reputational damage for the company as it gets tied to a politically-sensitive agency, and as its internal disagreements spill out into the public arena.