Driven by the emergence of new technology and online connectivity, the world is in the midst of the next economic revolution. As of 2018, 7 of the 10 most valuable companies in the world were a part of the platform economy. This rapid ascent has put private sector entities, primarily in the technology sector, in a position to make societal decisions that were once decided by communities themselves, often through elected representatives. This shift has significant implications for the business community as economic success  is no longer driven by access to and ability to leverage information, but control over the platform through which that information flows.

This new reality was made clear by the swift reaction by various platforms to the January 6th attack on the U.S. Capitol. It began with Twitter’s announcement that President Trump would be permanently banned from its platform, and in the hours and days that followed, major tech companies seemingly acted in unison to de-platform and blacklist the President of the United States and many of his supporters. Beyond the obvious tech platforms, some in the media are calling for a more expansive de-platforming. A Forbes executive warned companies against hiring former Trump spokespeople, and CNN’s Senior Media Reporter, Oliver Darcy, suggested telecommunications service providers be pressured to deny access to media networks whose content does not meet his approval.

As public affairs professionals and industry leaders watch these developments unfold, it has brought into clearer view the political and reputational risks stemming from the emergence of the platform economy. Reaction to the recent de-platforming’s was swift. While many of Trump’s most staunch opponents celebrated the moves, world leaders such as German Chancellor Angela Merkel called the unprecedented actions “problematic,” and Russian opposition leader Alexei Navalny slammed the moves as an “unacceptable act of censorship.” From being forced to adjudicate de-platforming demands to the threat of being de-platformed yourself, here’s what you need to know to navigate the challenges ahead.

What is the platform economy and why is it important?

Most of us utilize the platform economy daily for commerce and connection. Companies such as Facebook, Google, Amazon, Uber, Airbnb, and PayPal, all belong to this emerging economic system that utilizes online networks to facilitate digital interactions as a means to sell products, provide services, facilitate payments, and bring about an ever-widening array of connections between users.  These platforms represent a major shift in the way industries and companies conducted business – creating digital space for groups to conduct commerce and build communities of interest.

However, as these platforms continue to grow in size and influence, they have simultaneously assumed a larger role as the arbiters of what is right and wrong. Several years ago, we warned, “the tech industry is increasingly vulnerable to activist pressure and government intervention on a range of issues.” Among those issues, we highlighted the growing divide between the individuals calling for big tech to do more to remove offensive speech and others attacking these attempts as censorship. Since then, the divide has widened, and the pressure has grown even as technology platforms have taken over more areas of our lives and commerce.

The vast troves of user data collected by these tech giants, coupled with the algorithms they deploy allow them to act as the “gatekeepers to the economy” in which they can determine what products and services can be provided to whom. Participants in this new platform economy must also worry that their livelihoods can be taken away from them at any moment if big tech are the ones deciding what is right or wrong. We saw this play out recently with Parler, the “free speech alternative” to Twitter and Facebook, in which Amazon Web Services stopped hosting the app while Google and Apple removed it from their app stores. Regardless of the particulars in Parler’s case, it highlights the power of these platforms to decide who wins and who loses in the platform economy.

What’s at risk for platform companies? 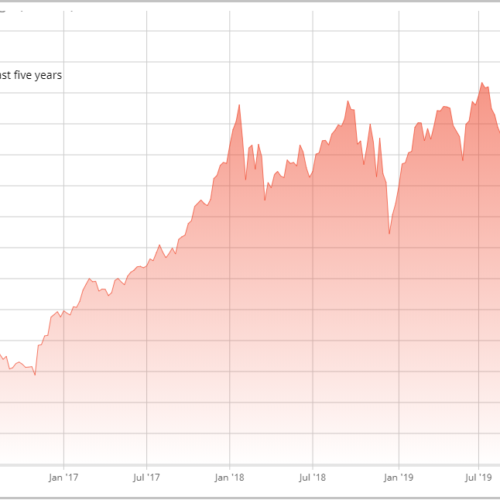 Much of the recent debate has been about Section 230, which protects Internet service providers and tech platforms from being held liable from what their users say online. While Democrats and Republicans agree Section 230 needs reform and President Trump made repealing the rule a rallying cry for his campaign, doing so would likely make platforms more restrictive, as they would no longer be shielded from liability. Regardless of the outcome of this debate, platform companies will face increased public scrutiny and pressure to act on the commerce and conversations that happen on their platforms at the risk of alienating segments of their users. If this alienation leads to reduction in active users, the value of the platforms and their business models could be disrupted.

Platforms that have, even when begrudgingly, inserted themselves as the arbiter of what is and is not deemed acceptable participation in society are already beginning to recognize the peril such a role brings. Jack Dorsey, CEO of Twitter, even acknowledged that his decision to ban President Trump could have major ramifications, stating the ban “sets a precedent I feel is dangerous: the power an individual or corporation has over a part of the global public conversation.” In 2017, the Supreme Court ruled in unanimous fashion against a North Carolina law that would have banned convicted sex offenders from using social media. In the ruling, Justice Kagan argued social media has “become a crucially important channel of political communication,” lending credence to the argument that these platforms could face regulation similar to  public utilities that are required to be open and accessible to all.

What’s at stake for those who rely on these platforms?

As we have seen, the emergence of the platform economy has major implications for businesses and private citizens. These platforms have provided an opportunity for businesses to expand and connect in ways never before seen and have given a voice to private citizens that may have previously been unheard. Yet, as these platforms have continued to grow in size and popularity, they can create reputational and political risk for business and individuals who rely on these platforms. Companies that have spent years, or even decades building their reputation can now be destroyed in one viral moment, and if the court of public opinion rules that your brand is not “woke” enough, then you run the risk of being canceled or de-platformed. As the debate surrounding the platform economy continues to unfold, it will be crucial for public affairs professionals to stay ahead of the knowledge curve to best prepare their clients for what comes next.