With work and leisure plans suspended due to coronavirus, many Americans have canceled their flights or delayed future travel. According to Transportation Safety Administration (TSA) data, the number of passengers clearing TSA at airports each day fell from 2,122,898 on March 10, 2020 to just 124,021 by April 2,2020. Conde Nast Travel estimates there was an overall 95 percent drop in flying in the U.S. by mid-April, with more than half of all planes grounded at the height of the pandemic. In May, three small airlines shut down their shuttle service, which means that fewer short distance flights are now available to consumers, even as major airlines suspended operations in key markets.

Unfortunately, as we enter what would traditionally be the summer travel season, the pain felt by airlines is just beginning. Industry experts say current hardships are merely a harbinger of what is to come. Despite significant growth leading up to the pandemic, industry representatives say they “anticipate a long and difficult road ahead.” Airlines for America points out that it took three years for the industry to recover from the 9/11 terrorist attacks and more than seven years to return to normal after the 2008 financial crisis. With an unprecedented public health crisis whose remedy remains unclear, the industry must brace for years of financial uncertainty as customers continually assess the health risks of flying.

These challenges affect not only airlines but also the airports and businesses who support them. As air traffic lags, so, too, does the recovery for these elements of the air travel sector. Here’s what public affairs professionals working in this field need to know to prepare for the unique challenges posed by the “new normal” of air travel.

Consumers Remain Concerned About Virus. Even as airlines institute new policies they say will ensure the safety and well-being of their customers, consumers may not be convinced these measures are enough. According to The Wall Street Journal, 85 percent of travelers now say cleanliness in airports and on airplanes would affect their decision to travel – as high a factor as ticket price. Industry officials say this is the first time they have seen any customer consideration factor as much as cost. As coronavirus infection rates ebb and flow, so, too, will customers’ willingness to go to airports and fly on planes.

Uneven Masking Rules Create Confusion – And Potential For Clashes. For those customers who elect to fly, the uneven application of masking rules can be very frustrating, leaving some worried about their safety on-board and others angry about the new requirements. These fears are exacerbated by the diverging policies among U.S. airlines, as some require face coverings only at boarding while others mandate consistent wear throughout the flight. There are also concerns about a lack of social distancing on some flights, since airlines are canceling many of them and as a result, some airlines are packing remaining flights.

Are Airlines Ready For Their Close Up? Airlines must also develop procedures to handle customers who refuse to adhere to coronavirus guidelines. In May, American Airlines began instructing their staff to avoid escalation with passengers once they have boarded by informing them of the masking policy, rather than actually enforcing it. Conversely, American Airlines, Jet Blue, and Hawaiian Airlines have said they are prepared to ban, whether temporarily or permanently, any customer who does not adhere to the airline’s masking policy. In the midst of current social unrest, passengers-turned-documentarians are just a single viral video away from creating a real public relations nightmare for airlines. This puts pressure on airline personnel who must stand ready to pacify customers irritated with each other and with the airlines themselves while simultaneously maintaining the safety of all on-board. Outbursts that disrupt travel could create reputational challenges all too familiar to the airline industry.

Social Distancing Comes At A Cost. While some airlines have created new systems to allow space in between seats, this accommodation can come at a cost to customers. Frontier Airlines faced blowback from members of Congress as it attempted to charge passengers an extra $39 fee to sit in a row that had no middle seat, ultimately rescinding its plan after federal lawmakers intervened. Now, American Airlines says it will start flying at full capacity next week, abandoning social distancing guidelines that kept middle seats empty and more space between customers.

CARES Act Saved Airline Jobs, But For How Long? With historic losses in passengers and profits, the airline industry secured financial relief in the CARES Act, which provided airlines $25 billion in taxpayer support under the conditions that they “keep at least 90% of workers employed through September, they will return one-third of the funds they receive, suspend stock buybacks and dividends, and limit executive pay.” 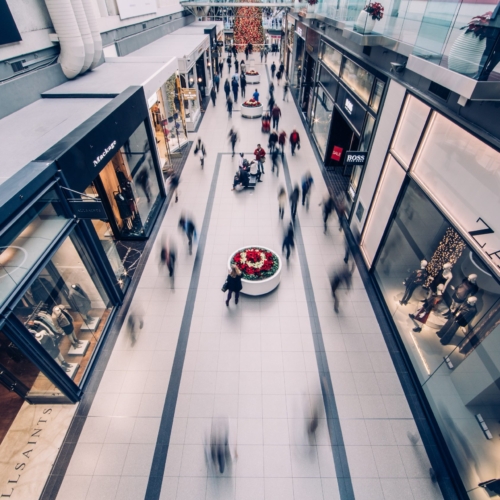 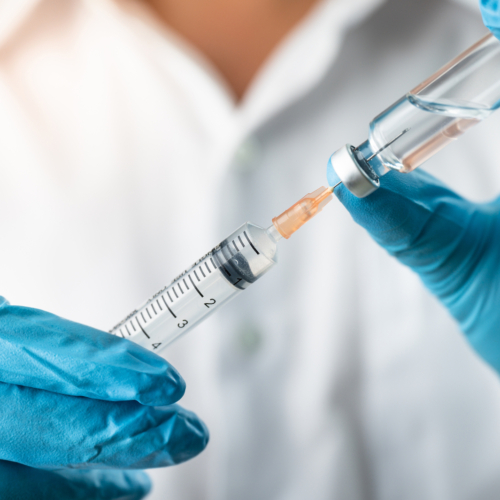 However, airlines are now acknowledging that after the September 30th deadline passes, many are planning to lay off employees. Philip Baggaley, the chief credit analyst for airlines at Standard & Poor’s, tells CNN he anticipates 95,000 to 105,000 jobs lost across the U.S. airline industry this fall. News from American Airlines supports this expectation, with the airline giant saying it will cut its management and support staff by 30 percent, or about 5,100 jobs. While these job cuts are a reality of lessened consumer and business demand for flights, it will still cause scrutiny and challenges for airlines that received taxpayer support with the expectation it would protect workers.

No Refund For Consumers Even As Taxpayers Foot The Bill. Missing from the legislation was any redress for customers whose flights had been canceled in response to the pandemic. Passengers instead have been offered vouchers with strict terms and potentially unrealistic expiration dates. So, while taxpayers foot the costs of industry relief, many have not been made whole for their canceled plans. Angst directed toward airlines for failure to return money to customers could compound frustrations towards companies that existed long before COVID-19 halted air travel – and had already spurred demands for new or expanded legislation to protect consumers.

And Don’t Forget Flight Shaming. In another source of scrutiny for the industry, during the CARES Act negotiations, some Democrats sought to force airlines to adopt more aggressive green initiatives to combat climate change. While such conditions were not ultimately included in the legislative package, climate change pressure on the industry began well before the pandemic began, and demands to enact carbon emissions offsets or reductions are likely to continue, driving up the costs for airlines and passengers when neither can afford it. Should the November elections shift party control in Washington, airlines can expect such demands to be renewed with a fervor.

Struggling airports and related services are pushing for their own relief, even if it means higher taxes for travelers.

Airport Struggles Could Lead To Tax Hikes. The pandemic has not only affected airlines, but also the airports and businesses who support them, too. According to the Airports Council International, airports worldwide are expecting a decline of more than 4.6 billion passengers, creating a $97 billion revenue loss for airports. In fact, airports have already lost nearly $40 billion in revenue. Despite receiving $10 billion in the CARES Act, airport revenue losses have already put large construction projects on hold. Because airports are typically funded through the combination of airline fees and taxes, this dramatic drop in air traffic could mean that airports may seek additional bailouts, or absent that relief, potentially seek local tax increases to recoup their losses. However, airlines are quick to point out consumers already pay nearly $7 billion annually in airport taxes, often as part of the ticket prices they pay.

Restaurant And Retail Concessions Hope To Board The Next Relief Bill. Meanwhile, airport restaurants and retailers say that the 95 percent decline in passengers in recent months have left them financially insolvent. “We’re trying to tell Congress that ‘You missed us. You totally overlooked concessionaires.’ We’re hoping and urging that they will provide relief,” Rob Wigington, executive director of the Airport Restaurant and Retail Association, said. To that end, these organizations are now asking Congress to ease the burden of just $38 million in April 2020 sales, compared to $825 million during the same time last year. The association, which represents companies employing 125,000 concession workers, says that just 5 percent of its workforce remained employed by May and that it would need $5 billion in loans and grants to stay afloat. Right now, additional coronavirus relief bills remain in flux, so industry representatives must urgently make the case they should be included.

The airline travel industry can fly right with an information advantage.

While the $25 billion airline relief in coronavirus legislation was a victory for the industry, there are still many obstacles ahead. From hygiene on-board to fewer passengers in the skies and in the airports, the air travel industry must be prepared to convey their commitment to customers and their willingness to adapt to the new way of travel while navigating heightened reputational scrutiny. With competitive intelligence, public affairs professionals in the industry can anticipate and mitigate these risks while advancing the interests of their companies’ and coalitions’ efforts to keep Americans at work and in flight.