Here’s What You Need To Know…

While yesterday’s jobs numbers suggest the economy may be seeing the first green shoots of recovery, there are several challenges still to come on the path to economic resurgence, including in the financial sector.

Throughout the coronavirus pandemic, the government and the public have called upon the financial services sector to make extraordinary accommodations. To contend with tens of millions of Americans out of work, some institutions readily waived fees and deferred debt collections. Later, policymakers began requiring banks to waive foreclosures on homeowners, while landlords were forbidden from evicting tenants who couldn’t pay. Meanwhile, credit card companies and auto loan lenders passed on penalizing their customers for missing payments.

While these efforts demonstrated good corporate citizenship, it left the financial sector bearing a significant burden during this unprecedented economic shutdown. To date, government has yet to alleviate this burden in relief packages, instead following public sentiment that the financial sector has plenty of money to sustain these hopefully temporary losses. Eventually, however, deferred payments will come due, even as businesses and the public need these financial institutions’ support to drive the economic recovery. Meanwhile, many businesses are surprised to learn that the insurance policies they pay for do not cover losses from pandemics.

From debt collections to insurance coverage, many of these financial issues will land in the legal system. While financial firms may have the law on their side, that will not help them in the court of public opinion. As progressive and populist attitudes rise against large financial institutions – #cancelrent is already gaining steam online – these institutions must be prepared to make the case that they have been an important part of not only helping Americans weather the coronavirus pandemic but also are equally crucial to the nation’s recovery.

To understand these challenges and what it means for your interests, here’s what you need to know.

The insurance safety net stopped at the pandemic’s door.

Business, Interrupted: For decades, organizations have assumed that their business interruption insurance would provide financial relief in the event that a catastrophic event prohibited them from conducting normal operations. In reality, since the 2003 SARS outbreak, these policies typically don’t cover global pandemics, to the surprise of many businesses now wondering why they purchased the coverage at all. Thousands of them have banded together to form BIG, the Business Interruption Group, to “insist insurers pay owed business losses caused by the coronavirus,” claiming they will punish any insurance company who “put millions on unemployment lines.” According to Claims Journal, companies across the U.S. had filed more than 100 lawsuits against insurers by mid-May. These federal filings cover a variety of industries, including restaurants, taverns, dental practices, day care centers, and hair salons, demonstrating just how widespread the coronavirus losses have been. Among the most famous of these is California-based In-N-Out Burger, which has filed a lawsuit against its Zurich American Insurance.

Richard Golomb of Philadelphia-based Golomb & Honik law firm believes the ultimate solution will come from a compromise reached by businesses, insurance companies, and the government. He tells Claims Journal that without a solution that provides financial relief to small businesses, upwards of 40 percent of American restaurants will not be able to survive. But, Capitol Weekly claims the courts will ultimately have the final say on whether or not these businesses will receive compensation from their insurers, and their decision would determine the allocation of “hundreds of billions of dollars.” Still, for insurers, all it takes is one judge susceptible to public anger to reject the pandemic exemption – not to mention the reputational damage caused by sympathetic small business owners left without their expected safety net.

There’s No Insuring a Pandemic: The 2003 SARS outbreak caused such extreme financial losses for insurers that subsequent business interruption insurance policies excluded viruses from its coverage events, curtailing their offerings to include only those that would render businesses physically incapable of operating, such as fires or floods. Still, some business advocates are calling for retroactive changes to these policies, arguing that they inadequately supported businesses during the coronavirus lockdowns. But, insurance industry leaders, like Chubb Chief Executive Officer Evan Greenberg, said that forcing them to cover financial losses connected to COVID-19 would bankrupt the industry. “Pandemics, unlike other catastrophes such as a hurricane or an earthquake, are not limited by geography or time,” Greenberg told Bloomberg News. “The loss potential from a pandemic, in practical terms, is infinite, and insurance companies have only finite balance sheets.”

Government Loans Bear Unexpected Public Interest May 23, 2020 Here's what you need to know...   In… 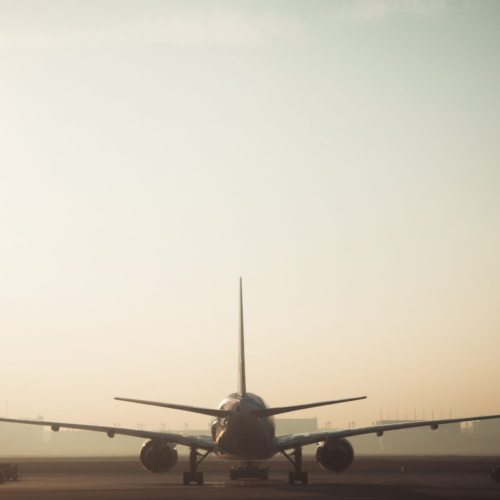 Insurers also argue that, if forced to pay out business interruption claims for events they never covered in the first place, they would be rendered financially unable to fulfill claims from the general public. The Insurance Information Institute explains that, if successful, such efforts would curb insurers’ ability to pay out claims from homeowners, drivers, and injured workers. This money, they say, is allocated for disasters actually covered by their policies, like tornadoes, hurricanes, and wildfires. This puts insurers in an especially difficult position: do they make an exception and pay out business interruption claims not covered by the policies they have written, inhibiting their ability to cover losses sustained by other customers? Or, do they refuse to do so and face the reputational risks of appearing unsympathetic to businesses who have already sustained so much hardship during pandemic lockdowns and even risk potential government action in response to public outcry?

Landlords and lenders are on the hook, but are renters and homeowners?

Mortgage Forgiveness, But for How Long? Section 4022 of the CARES Act permitted homeowners to stop paying their mortgages for at least 180 days, and according to Norbert Michel of the Heritage Foundation, this has forced mortgage servicers to bear the burden of these non-payments. “Servicers are stuck in the middle, and they do not have unlimited funds,” Michel explains, arguing that they could be saddled with upwards of $100 billion in missed mortgage payments. Matters have been made worse for mortgage lenders, as federal lawmakers and policymakers purposefully excluded them from any coronavirus relief packages. Because the profits of standalone servicers – lenders who are not affiliated with large banks – are less than $10 billion combined, this homeowner reprieve could render servicers insolvent.

While many Americans may not exude sympathy for mortgage services, according to The New York Times, the failure of mortgage servicers could collapse America’s $11 trillion housing market, while The Wall Street Journal warns that inaction could result in an even greater housing crisis than that of 2008. This danger has brought both Democrats and Republicans in Congress together in support of different federal relief options for these institutions, though no measures have passed either chamber to date.

Rent Forgiveness or Survival? Many federal, state, and local authorities forbade landlords from evicting tenants due to an inability to pay during the coronavirus pandemic, and numerous landlords waived rent and otherwise worked with tenants both before and beyond these legal requirements. Still, these requirements may last too long for some landlords to survive. In California, for instance, landlords will have to wait at least six months to receive back rent before evicting tenants. While such measures have been heralded as humane, they have also set off a nationwide movement demanding rent forgiveness indefinitely. In addition, while many landlords were happy to provide temporary relief as a good will gesture, they will need to collect rent for their own mortgage payments when that relief comes to end.

Even as optimism mounts for a robust recovery, there are still many Americans struggling with job loss. So, landlords seeking to get paid by their tenants could face a real public backlash, including potential litigation, and tenants may be in for surprise billing when back rent comes due. Indeed, media are already directing readers to seek legal remedies against landlords hoping to collect rent. Experts urge landlords to work directly with tenants to develop solutions that are mutually beneficial to both parties, allowing them to avoid the inevitable costs and backlogs of the legal system. These tensions will last for a while and could also explode amidst the current rise in social unrest when temporary restrictions on evictions lapse.

Coronavirus Exacerbates Existing Problems For Commercial Real Estate: Over the past few years, technological improvements have brought about a dramatic increase in remote work, allowing more Americans to perform their jobs from home. Moreover, the introduction of shared workspaces from companies like Regus and WeWork have created cheaper alternatives to traditional office spaces, complete with short-term leases that, unlike the multi-year commitments of traditional commercial real estate, allow businesses to vacate with little notice. Americans are also turning more to technology for shopping and leisure activities, leaving shopping center owners with empty buildings. These radical transformations had alrady made the commercial real estate market especially volatile before the pandemic. Coupled with the inability of their tenants to pay rent due to the economic shutdown, the decision of lawmakers to exclude commercial real estate firms from relief packages only made matters worse.

Why Commercial Real Estate Matters: The commercial real estate industry is vital to the overall American economy, as it represents about $16 trillion in value. With recent downward trends and the disastrous economic consequences of coronavirus, a refusal by policymakers to fortify commercial real estate (Federal Reserve Chairman Powell has been noncommittal at best) could threaten more than just the companies themselves. In addition to serving as an important investment tool, commercial real estate has been an integral part of public-private partnerships in cleaning up blighted properties and revitalizing urban areas. With empty buildings and less activity, the failure of commercial real estate could create economic hardship in communities and increase crime in areas that had begun turning around.

To avoid such a perilous outcome, experts at McKinsey say commercial real estate firms must do more than merely adapt: “As the crisis affects commercial tenants’ ability to make lease payments, many operators will need to make thousands of decisions for specific situations rather than making just a few, broad-based portfolio-wide decisions.” Those decisions will have more than a financial impact under heightened public and government scrutiny.

Throughout the pandemic, the government has asked financial institutions to take special steps to provide relief to American workers grappling with joblessness. While many lenders and landlords were happy to make concessions to help their fellow Americans, this forbearance without accompanying aid is unsustainable if these firms are to provide needed support to a recovering economy. These financial industry sectors must carefully prepare for the tough choices that lay ahead and consider the policy and reputational challenges to come. A competitive intelligence advantage from Delve can help guide their path.