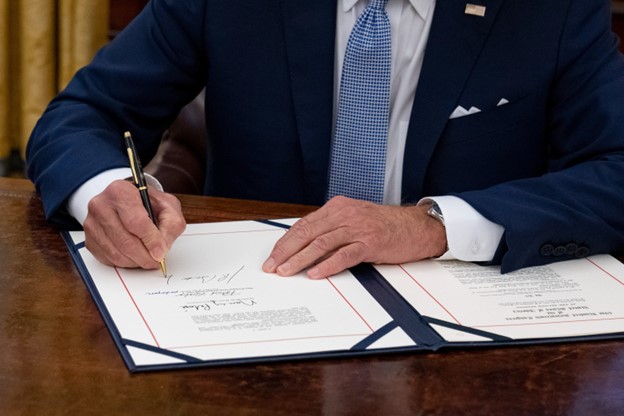 Here’s What You Need to Know

With a Republican majority in the House and Democrats in charge of the Senate and White House, many in Washington believe legislative activity will grind to a halt come January. But if history is any guide, gridlock and partisanship may not be the only game in town.

Why can a split Congress get things done? It comes down to which members of Congress have a seat at the negotiating table, and who shapes the debate both in and outside the halls of Congress. Smart public affairs professionals should analyze and monitor the players and issues with bipartisan potential and prepare for potential laws that will impact their business and industry – for better or worse. With the right playbook, anyone can get ahead of the bipartisan curve. Here’s what you need to know to see compromises before they happen.

Shared Concern over the Digital Economy

Reining in Big Tech. Bipartisanship was on display over the last year as members of both parties worked on legislation to combat what they see as anticompetitive practices among large technology companies. Those seeking to bridle big tech notched a win in September when the House passed bipartisan legislation to bolster funding for antitrust investigations and give state governments greater input on which courts hear federal antitrust cases. Now President Biden is urging the Senate to act on two other bills with support across party lines that would increase competitive protections on big tech platforms.

Potential on Data Privacy Legislation. After several years of negotiations, bipartisan privacy legislation crossed a big hurdle in July when the American Data Privacy and Protection Act (ADPPA) passed the House Committee on Energy and Commerce in a 53-2 vote. Speaker Nancy Pelosi’s opposition to the bill has soured hopes of immediate passage, but advocates are hopeful it can advance in the next Congress.

Restraining the Wild World of Crypto. The recent fall of FTX has encouraged action that could bring order to the world of crypto. Many of the bills worked on during the last Congress were bipartisan, which the industry itself thinks bodes well for the coming divided Congress.

Everyone Wants to Be Tough on China. The chair of the forthcoming House Select Committee on China, Rep. Mike Gallagher (R-WI), set a bipartisan tone for congressional China policy: “I think it would send a strong signal if we can bring the Democrats along and … pass really good, tough bipartisan legislation that goes after the threats posed by the CCP.” Legislation will likely focus on reducing reliance on Chinese goods and boost trade with Taiwan, in particular onshoring pharmaceutical production, as well as protecting U.S. citizens’ data from being sold or transferred to China and restricting Chinese technology providers’ access to the U.S. financial system.

Cybersecurity Has a Record of Bipartisan Work. Members of Congress in both parties have introduced and passed several bipartisan cybersecurity bills this past year, and the compromise NDAA under consideration this December contains several cybersecurity provisions. There are still differences between the parties on how best to protect life in the digital sphere, but there is likely to still be room for bipartisan work in the next Congress.

Permitting Reform May Have Life Beyond Manchin. Both Democrats and Republicans want to see shovels in the ground on their preferred energy projects but a complex permitting process stands in the way. Senator Joe Manchin’s (D-WV) now-stalled efforts never went far enough for Republicans, even as they went too far for progressives (and some state officials). Negotiations are likely to continue into the new Congress, with House Republicans seeking input on the potential reforms. Still, as we’ve noted before, without major changes to NEPA and states’ Clean Water Act 401 authority, energy developers will still face significant permitting challenges.

Advancing ‘All-of-the-Above’ Decarbonization. Rep. Jeff Duncan (R-SC) has released a three-page document indicating what issues he would prioritize atop the Energy Subcommittee, which includes streamlining nuclear regulations, a goal shared by Republicans and Democrats. Likewise, carbon capture technology has support in both parties, with at least some expectation for “smaller bipartisan bills” that provide financing for startups that aim to develop the technology. Lastly, aside from usual compromises on agricultural subsidies and SNAP benefits, the upcoming farm bill reauthorization could allow for bipartisan agreement on funding renewable energy projects in rural America and supporting forestry practices like carbon sequestration.

Addressing Health in A Post-Pandemic World

Strengthening Telehealth Coverage and Other Pandemic Era Regulatory Flexibilities. The pandemic was the opening act for telehealth services. As the Biden Administration considers bringing an end to the public health emergency (PHE), policymakers must decide whether to keep broader telehealth options in place for Medicare and Medicaid – along with other spending and flexibilities tied to the PHE. For example, the “Telehealth Extension and Evaluation Act,” introduced by Senators Catherine Cortez-Masto (D-NV) and Todd Young (R-IN), would address part of the challenge in this post-pandemic world by extending Medicare enrollees’ access to telehealth services.

As history shows, even a Capitol Hill divided can yield legislative action. Even beyond the above examples, there are numerous opportunities for compromise in the new Congress. To anticipate the opportunities that may arise and mitigate the risks, industries and organizations need a playbook to stay on top of the action.