Last week, it was announced that former Trump presidential campaign foreign policy advisor George Papadopoulos plead guilty to lying to federal agents about his contacts with Russians connected to the Kremlin. After this revelation, the President took to Twitter to refer to Papadopoulos as a “young, low level volunteer named George,” the White House Press Secretary called him a “volunteer” with an “extremely limited” role, and a former campaign advisor said that Papadopoulos was “the coffee boy.”

All of this begs the question as to how the 30-year-old was able to represent the Trump campaign on occasions such as a panel at the 2016 Republican National Convention and in an interview to Russia’s Interfax News Agency, if he was indeed just “the coffee boy.”

The investigations into Russian-meddling in the 2016 election continue, but the Papadopoulos episode – that of a young, relatively-unknown person who was an unpaid advisor on another presidential campaign before joining the Trump campaign – bears some resemblance to that of a classic political hanger-on, who seeks an advantage by associating with a political campaign. With people looking to capitalize on their experience or access gained through campaigns, we want to pull up the curtain on political hangers-on, so that you can better recognize and assess the claims made by individuals, consultants, and firms that approach you:

Going into any election season, a surge of new faces and volunteers will affiliate with political campaigns at every level. After election night, these individuals go onto other opportunities. When people approach your company with claims of access and experience from political companies, trust but verify their claims – and don’t be caught unprepared down the road when political and reputational damages cost more to mitigate.

As top lawyers for Google, Facebook, and Twitter went to Capitol Hill last week to testify in front of the Senate Intelligence Committee, another tech company decided to wade into the debate by calling for Congress to take action against what it deems to be the “anticompetitive practices” of Big Tech. Yelp, the Phoenix-based online review company, suggests that the internet has become less diverse and more centralized with more power concentrated in a few dominant companies, thereby making those companies, and their users, easy targets for bad actors.

Two tech companies accounted for 99% of every new dollar spent in online advertising last year, and one of those companies also has a 97% market share of all smartphone and tablet search engine traffic. With Big Tech facing continued reputational challenges, tech companies with less market dominance may become more active in pushing for increased regulation as a way to soften their competitors’ market position. In the case of Yelp, though, this attempt to redirect criticism away from themselves toward their competitors might back fire, since the same scrutiny has been applied to them. 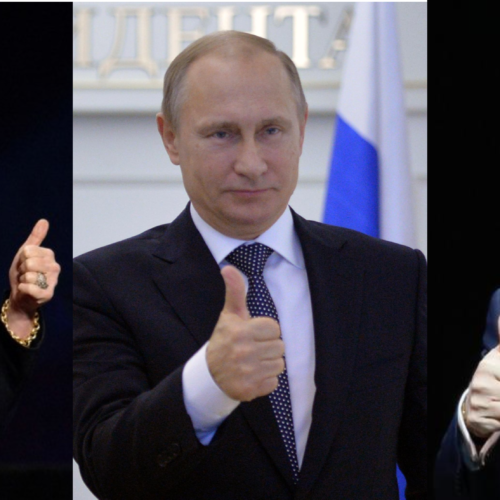 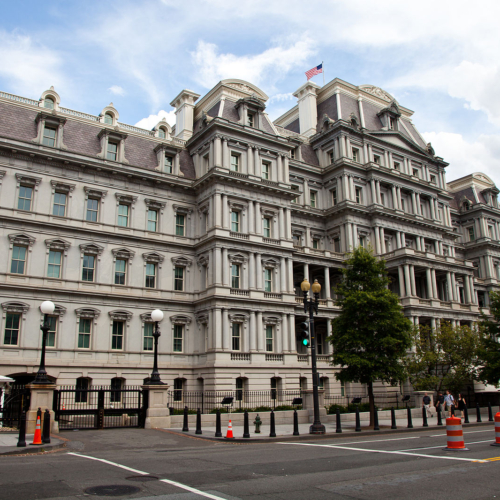 Five Ways to Stay Ahead During the Transition November 7, 2020 It may be some time until we know…

In the wake of defeats and challenges, politicians, corporate executives, and political organizations often embark on “listening tours” to connect with targeted constituencies. Third Way, a center-left think tank, embarked on one such post-election listening tour across the country to hear from voters and provide Democrats a “path out of the wilderness.” The think tank, which argues for a pragmatic, moderate, and centrist Democratic platform over that of a decidedly left-wing platform as a means to achieve electoral success, visited with targeted voters in rural and working class cities and thought they would encounter voters who listen to each other and find more that unites them than divides them.

But they were disturbed to find some voters on a visit to Wisconsin who were negative about the future, bitterly divided on ideological issues, and of the view that “centrist ideals just perpetuate a broken system.” When they released their report on this visit, however, it glossed over these findings, making no mention of these sentiments and instead noting that the people in the town have “gotten away from partisanship,” and are putting their “differences aside to work together.” In largely reinforcing what their organization already believes, it appears that the $20 million “New Blue” campaign was less of a “listening tour,” and more of a “confirmation bias” tour.

A RISING TIDE LIFTS THE POOREST

At the same time the American middle class is struggling and disruption is being caused by globalization, the speed of people being lifted out of poverty around the world is historically unprecedented. Over the last 25 years, more than 1.25 billion people escaped extreme poverty, and the more than 40% of people who still live in extreme poverty reside in just two countries: India and Nigeria.

Economic liberalization reforms in these countries have meant that incomes have increased and the poverty rates have declined, despite remaining too high. However, as a means to explain this miraculous drop in extreme poverty, political leaders and academicsalike suggest free-market capitalism as the tide that has lifted the world’s poorest people out of poverty faster than anyone else.

When is a political candidate not really a political candidate? When they are “exploring” a run. While exploratory committees have been a common practice among presidential candidates for some time, now potential candidates in down-ballot races are increasinglyusing this practice. By setting up an exploratory committee rather than announcing their candidacy outright, candidates are able to raise and spend funds to “test the waters” without having to report these finances to the Federal Election Commission (FEC) unless and until the close of the reporting period after they officially declare their candidacy.

The FEC requires anyone who has decided to run for office or is actively campaigning to register with them as soon as the campaign raises $5,000. Yet, candidates who avoid this requirement by setting up an exploratory committee are testing the limits of the legal definitions of a candidate while doing so. The recent increase in this practice could make it more difficult to assess the fundraising, spending, and strength of political campaigns in the future.

It was a rough day at the office for CNN. With the President in the midst of his trip to Asia, CNN falsely reported that the President irresponsibly dropped a whole box of fish food into Japanese Prime Minister Shinzo Abe’s koi pond – which, besides being trivial, was based on an edited video clip that did not provide the full context of the event.

If not enough, later that day CNN ran a story which took a portion of the President’s speech to a group of Japanese business leaders out of context, choosing instead to run a snarky headline that provided a misleading and incomplete picture of what he said. The “fake news” phenomenon does exist, and it does provide real political and reputational challenges. Unfortunately, sloppy reporting that is loose with the facts only feeds into the counter narrative assailing parts of the media as “fake news.”