For decades, alternative energy resources had been criticized as impractical and costly. That’s all changed. Major scientific improvements have driven down the costs and expanded access to renewable energy resources, which should be a cause for celebration by consumers, policymakers, and environmentalists. Yet the industry’s growth has been met with opposition that is all too familiar to traditional energy companies.

As renewables’ share of the energy market has grown, so, too, have their risks and challenges. In recent months, they haven’t been immune to widespread job losses plaguing the energy sector, while in the past several years the same activists who once advocated vociferously for more renewables now frequently mobilize opposition to the kind of utility-scale renewable projects necessary to meet the activists’ net zero carbon demands. Even as the economy recovers from the pandemic and power demand returns, legal and regulatory hurdles to getting renewable projects built will persist.

Here’s what public affairs professionals representing these companies need to know to prepare for these policy, regulatory, and reputational challenges.

The renewable industry is hurting, but federal help may be on the way.

Pandemic Pains: In March and April 2020, the renewable energy industry lost nearly 600,000 jobs. The collapse of the worldwide energy market in the midst of a global pandemic shutting down the world economy meant that vital construction projects were put on hold or cancelled all-together, leaving experts worried that upwards of 850,000 jobs renewable energy jobs could be gone by the end of June. According to a BW Research report released in mid-May, the overall damage to the energy workforce is already 1.3 million, with renewable energy accounting for nearly half of all job losses. To make matters worse, BW Research anticipates that the trouble isn’t over, and there could be nearly half a million more layoffs across the sector still to come.

Congressional Democrats Want Money for Green Energy: A longtime ally of the green energy lobby, Congressional Democrats say that after three stimulus packages without aid for renewables, the next relief legislation should include subsidies for renewable energy. According to Rep. Paul Tonko (D-NY) and Rep. Dan Kildee (D-Mich.), this support will take the form of new and extended energy tax credits. Sens. Bernie Sanders (D-Vt.), Elizabeth Warren (D-Mass.), Amy Klobuchar (D-Minn.), and Kamala Harris (D-Calif.) have all indicated support for a similar measure in the Senate.

Trump Administration Removing Barriers: On the executive side, President Donald Trump is clearing barriers to important energy construction projects, a move that benefits renewable energy as much as it does traditional energy. In a recent executive order, The White House allowed federal agencies to, according to Energy & Environment Leader, “waive environmental reviews for approval of major energy construction projects required by the National Environmental Protection Act (NEPA).” In an op-ed, Energy Fairness Executive Director Paul Griffin said that these NEPA reforms are a “winning move not just for industry and jobs, but for integrating renewables into the grid and ensuring that affordable and reliable energy is available when customers need it.” Meanwhile, the Trump Administration has helped wind and solar projects delayed by the pandemic by giving them more time to qualify for federal tax credits, permitting organizations whose projects began in 2016 or 2017 to have until the end of 2021 to bring their projects online. Yet it is these very reforms that could aid renewable energy that highlight the longer-term challenge facing the industry.

Now that renewables are growing up, support is shifting to scrutiny.

In efforts to remove barriers to doing business, earlier this year the Trump Administration proposed expediting the environmental impact statement process required for approval of critical energy infrastructure projects. These reforms to NEPA benefit the energy sector broadly, and green energy projects are among those who will see shorter wait times for approvals. This proposal is good news for those seeking more alternative energy options. However, some environmental activists are angry that these changes would help fossil fuel energy projects as well, so they are gearing up to fight this reform effort, even though the status quo is an antiquated, burdensome process that slows the construction of all energy projects, even the ones they ostensibly support. 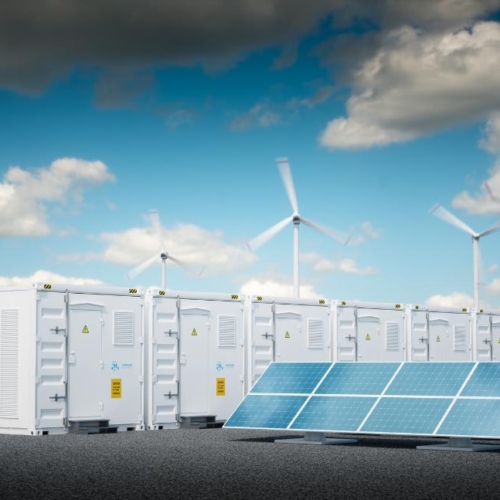 Trends In Energy Infrastructure: Mid-Year Update June 29, 2021 In This Issue: What the recent Exxon shareholder vote… 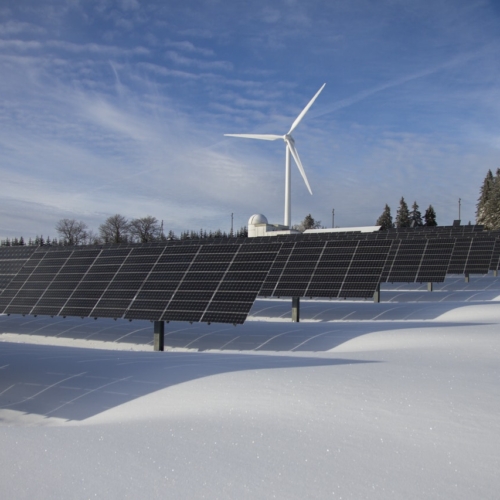 Against the Wind: Environmentalists have long called for replacing fossil fuels with renewable resources, but building the infrastructure necessary to achieve green energy goals is often met with opposition by the very activists and policymakers who voice support for their use. For example, Sen. Sheldon Whitehouse (D-RI) has, according to E&E News, “emerged as a leading critic of Vineyard Wind, an 84-turbine offshore wind project proposed in federal waters 15 miles south of Martha’s Vineyard. Whitehouse has questioned the federal government’s review of the project, the first large-scale development of its kind in the United States, and criticized Vineyard Wind for failing to adequately consult fishermen.”

E&E points out that his opposition is emblematic of larger issues facing the green energy movement as it pushes for deep emission reductions, with lawmakers, activists, and the fishing community worrying about offshore wind’s “impacts on the marine ecosystem and [the fishing] industry.” While the Trump Administration’s Bureau of Ocean Energy Management took steps this week to move Vineyard Wind forward after a yearlong delay, some environmentalists say they are preparing to issue additional comments on the project’s supplemental environmental impact statement in hopes of influencing the approval process. It is likely that any comments they make are intended as markers for future litigation if the final environmental impact statement does not meet their demands, which means their delay strategy could keep this project in limbo for years to come.

Concerns about potential threats to wildlife continue to mount off and on shore, with activists and lawmakers sounding the alarm about the risks of wind energy construction to endangered species. “Environmentalists, including the Natural Resources Defense Council, have outlined a suite of measures necessary to protect the endangered North American right whale, which migrates through planned offshore wind fields,” Bloomberg Businessweek reports. “And lawmakers in Congress recently advanced proposals to block wind projects in coastal transportation corridors that threaten to intrude on existing leases and mandate yearlong U.S. Department of Defense studies of how offshore wind could affect military sonar.” Meanwhile, onshore wind also faces ongoing criticism for the dangers it poses to birds, including endangered species, as well as the noise it can impose on residential communities.

Throwing Shade at the Sun: The Gemini Project, the largest U.S. solar power plant to date, is slated to be built on public land, and environmentalists are already expressing concern that its construction could endanger “hundreds of desert tortoises, a species that is fighting back from near extinction.” Some heavy-hitting environmental and conservation groups, including the Sierra Club and the National Parks Conservation Association, sent a letter to the Bureau of Land Management decrying the danger to animals, saying, “There is no justification for this project that outweighs the importance of the desert tortoise, its habitat and BLM’s obligations to use its full authority to take actions that will contribute to the recovery of this threatened species.” Opponents argue that “rooftop solar systems spread across Las Vegas and solar power plants on degraded lands” is their preferred option to building a massive array in the desert. However, such distributed alternatives are unlikely to generate as much power as Gemini and could overtax and complicate the electric transmission grid.

New Scrutiny from Unexpected Sources: Prominent progressive activists, long seen as allies of the environmental activism community, are now raising questions about how green energy is sourced, ironically echoing concerns raised by conservatives for some time.These activists includefilmmaker and progressive provocateur Michael Moore, who is out with a new documentary, “Planet of the Humans,” which according to The Guardian, “weaves a disjointed narrative that renewable energy is just as bad as fossil fuels, high-profile environmentalists are corrupted by capitalism, and population growth is the unspoken enemy.” Moore’s 102-minute documentary directs much of its criticism at solar and wind companies, arguing that they’re inefficient in delivering energy because varying amounts of materials, energy, and metals are necessary to construct them. The documentary underscores a common refrain among conservationists and green energy skeptics alike: the extraction and production of materials can have negative environmental consequences, especially given the importance of battery-driven storage to address renewables’ intermittency.

A Variety of Resources is Still Essential: While renewable energy is indeed on the rise, it is extremely unlikely, if not impossible, that Americans will abandon traditional sources all-together for decades to come. Fossil fuels have long been and will continue to be a vital source for fuel and energy well into the future. As Brookings Institute fellow Samantha Gross notes, “We haven’t found a good substitute for oil, in terms of its availability and fitness for purpose. … The same is also largely true for natural gas.” Vox agrees with this analysis, arguing, “Whereas fossil fuel power plants can be turned up or down to meet demand … the big sources of renewable energy — sun, wind, and water (hydropower) — cannot. They come and go on nature’s schedule. Sun disappears each night and on cloudy days. Wind and precipitation vary daily and seasonally. All three show longer-term variations over years and decades.”

That means renewables are just one part of a comprehensive American energy plan, and activists must accept that it will take a balancing act with a variety of resources to expand energy access in ways that are accessible for people and healthy for the planet. Yet, thus far, these activists have a track record of limiting what types of clean energy sources are acceptable – be it carbon-free nuclear energy, clean burning natural gas, or abundant and reliable hydropower – rather than embracing balance.

Companies Must Be Prepared to Prevail. Thanks to greater affordability and access, the renewable energy industry now plays an important role in America’s energy future. That means public affairs professionals representing these companies must be prepared to face the same risks and challenges that traditional energy has for some time. Chief among these is a savvy coalition of environmental activists who have developed a multifront strategy to combat their opponents with public pressure, the regulatory process, and the courts. They have honed these tactics in their decades-long battle against fossil fuels, and now they have turned their attention to alternative energy providers.

As a result, renewable energy companies must be ready to make their case to lawmakers that they’re integral to creating a balanced, comprehensive energy plan for the country. They must also be skilled enough to navigate their projects through ever-changing approvals, permitting, and construction processes amid increasingly savvy opposition. Delve knows the best practices for doing so, and we’re here to help.