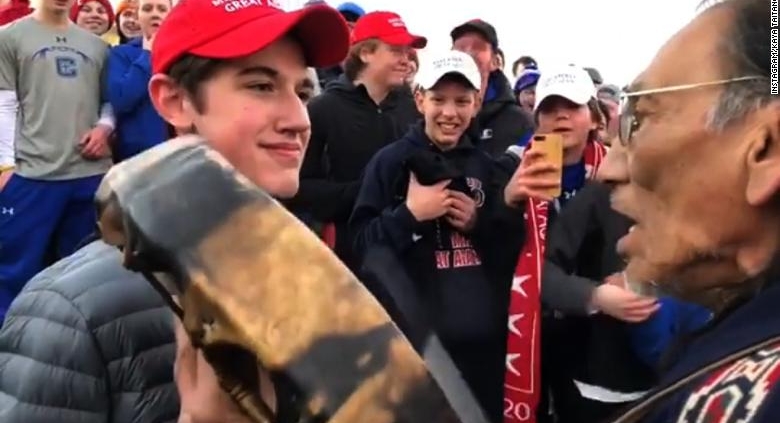 Here’s What You Need To Know

Instead of a reflective and relaxing weekend celebrating the legacy of Dr. Martin Luther King, Jr., many Americans found themselves wading into the debate surrounding the interaction between red MAGA-hat wearing high school students and a Native American elder just steps from where Dr. King gave his famous “I Have A Dream” speech in front of the Lincoln Memorial 90 years ago. The resulting mayhem has become the norm in today’s age of heightened political and reputational risk, where a viral moment on social media spurs a viral narrative that devolves into outrage, accusations, clarifications, and threats – with little or no regard for the truth, and before all of the facts are clear.

This episode presents an opportunity for companies and cause organizations to evaluate (or reevaluate) their preparations to defend against the repercussions of an inevitable viral moment targeting them, because once a story is out in the public arena, the costs of managing and mitigating the reputational fallout only increase. Here is how your organization can prepare for its viral moment:

The incident on the steps of the Lincoln Memorial is simply the latest in a quickening pace of viral moments that companies and cause organizations will inevitably find themselves the targets of. Preparing now – before events transpire that are outside of your control –  improves the likelihood that your organization can weather the challenge when it happens with a sound, substantive strategy to protect itself in the public arena, because when the stakes are the highest, facts matter more than hot takes.

If there’s one thing social media needs more of, it’s politics; at least Facebook seems to think so. The company just launched a new feature enabling users to create political petitions, share them among friends, and notify a government agency for action.

As TechCrunch points out, not only will these Community Actions allow individual users to sow polarization with outlandish or offensive causes, but they also “provide vocal interest groups a bully pulpit from which to pressure politicians and bureaucrats with their fringe agendas.” Essentially, Facebook has supercharged the political side of Change.org.

Today’s anti-corporate activists are professional and well-organized. Giving them the leverage of the world’s largest social media outlet is unlikely to leave Facebook and other tech companies unscathed and may even hasten this outcome by providing an avenue for increased anti-tech activism. Any business exposed to regulatory or reputational risk should keep an eye on this new feature and any copycats it may inspire in Facebook’s competitors, including (God help us) Twitter.

The lessons of the November 2018 midterm elections might appear obvious at first glance: red states kicked out blue Senators, swing districts swung to the Democrats and delivered the House, the polarization of the American electorate continued apace. Yet, behind the headlines and under the radar, a subtler trend unfolded: liberal voters directly enacted conservative policies and vice versa.

Through the use of ballot measures, advocacy groups took their proposals straight to the people, unencumbered by party loyalties or candidate weaknesses. As conservative voters in Missouri were unseating Democratic Sen. Claire McCaskill, they were also approving legalized marijuana and raising the minimum wage. Jay Inslee, Democratic governor of Washington, saw his dream of the nation’s first carbon tax crushed by a 13-point margin.

While voters tend to use partisan and personal affiliations to choose between candidates, policy questions are apparently judged by different criteria. The trend presents both opportunities and challenges for businesses hoping to anticipate the policy and political environment in which they must engage, requiring a concerted effort to dig deeper to better understand the spectrum of interests and stakeholders engaged on the issues important to them.

A MATTER OF TRUSTS

Antitrust policy took center stage at the confirmation hearings of Attorney General nominee Bill Barr, specifically in relation to Big Tech. Several senators spent long stretches of their allotted time asking Barr, who fought the Justice Department’s attempt to block the merger of AT&T and Time Warner in 2018, about the potential for government action against the giants of Silicon Valley. Jeff Sessions, conversely, was asked only twice about antitrust matters during his Attorney General confirmation hearings in 2017.

Lawmakers’ sudden interest in the issue as it applies to tech companies seems ominous, especially in light of growing popular distrust of the industry. For his part, Barr said, “I don’t think big is necessarily bad, but I think a lot of people wonder how such huge behemoths that now exist in Silicon Valley have taken shape under the nose of the antitrust enforcers.” If confirmed, the incoming Attorney General’s handling of this waxing political issue could set the tone for his tenure and have serious regulatory ramifications across all industries.

The Super Bowl’s cultural appeal rests only partially on football these days. Excepting New England fans, most Americans usually don’t get to support their home team in the NFL’s climactic finale and prefer to tune in for the drama of it all or the halftime show or, famously, the commercials. Now a new Morning Consult poll is putting advertisers on notice: political messages are out of bounds.

Nearly two-thirds of respondents, including 55 percent of all millennials polled, disapproved of using Super Bowl advertisements to make political statements. Morning Consult CEO Michael Ramlet noted, “The biggest disconnect between the general public and agencies and companies is this idea that you have to take stands to win Gen Z or millennials. That’s not what the data shows” most viewers of any age want during the Super Bowl.

Of course, viewers are unlikely to skip the game over a few political commercials and it is still expected to draw television’s biggest crowd. This new data should at least give Madison Avenue pause; while there may be no such thing as bad publicity, woke advertising brings just as many reputational risks as rewards.