Fake news. Disinformation. Russian bots trolling on social media. The common narrative being echoed throughout the media is that this year and beyond, consumers of information are going to have to scrutinize stories and sources to make sure that the news they’re viewing is a true representation of events – rather than a made-up or entirely obfuscated piece of clickbait. But what if seemingly well-intentioned reporters at reputable organizations run stories misreporting events, stating opinions as facts, or otherwise misrepresenting developments?

The answer may well be a key paradox of 2020: the real challenge is not how widespread the fake news is, but rather how fake the real news can be. For public and government affairs professionals who need to stay on top of information flows and leverage insights gleaned from news items on behalf of their companies and organizations, the struggle of dealing with fake news is real. How can you process developments and create and execute strategies to further your priorities if you cannot be certain that data used to make decisions is accurate?

Particularly over the last few years, there have been examples where the conventional thinking and widely reported narrative in the media has been incorrect on consequential issues including trade, taxes, and geopolitics. Here are a few story lines of interest to the private sector where the media largely got it wrong:

The narratives above are just three examples of recent, consequential policy issues that were the subject of much conjecture by the news media and that turned out quite different in reality. Yet this phenomenon is not limited to Trump – remember when the media was overwhelmingly certain Beto O’Rourke would be the Democratic nominee in 2020? Nor is it a distinctly American challenge – remember when Brexit would devastate the U.K.’s financial sector?

Sadly, this phenomenon will not abate even if Trump were to lose the election this coming November because it is a symptom of our current media age, and a symptom that must be addressed in a serious and meaningful way if the press is to regain its footing as a crucial institution underpinning democracy. If not, the result could have dire implications. As Axios(unironically and seemingly without self-awareness) noted recently, “If the 2020 presidential election is close enough to trigger a fight over the results,” which is a real possibility, “the public’s confidence is so low in key people and institutions [including the news media] that no one is likely to be a trusted referee…”

In the meantime, while the merits of the specific policies and decisions will continue to be debated from all parts of the political spectrum, the disconnect between today’s media assessments and tomorrow’s reality clarifies the challenge facing policy professionals. In addition to facing information overload, tracking more policy issues than ever, and being crunched for time, government relations and public affairs professionals have to identify the real signal from the fake noise in the news media. This “fakeness” of real news means companies and trade associations will need to rely on a range of primary and secondary sources when monitoring developments in order to gain a more complete and accurate picture of their operating environments and the key trends impacting their interests.

Better insights lead to better strategies, better decisions, and a competitive information advantage in achieving your policy objectives. To learn more about how Delve is helping companies and trade associations navigate their public affairs challenges at a time of fake news and suspect real news, contact us.

THE SHARPENING EDGE OF ADVOCACY

In case a breakdown of civility wasn’t making life difficult enough for public affairs and advocacy professionals already, a new blurring of the personal and the professional means new risks for companies and organizations engaging on public policy issues. This month, a European strategic communications professional who is undergoing treatment for cancer was attacked by a public health advocate through Twitter direct message. The reason? Because the communications professional’s firm has worked on behalf of tobacco companies.

The episode illustrates the impact today’s toxic partisanship and zero-sum nature of professionalized and energized issue activism are having on the policy and advocacy climate. As more public policy fights get personal, individuals at companies and industries – whether they work on policy issues or not – are at greater risk for political and reputational challenges, creating the need for a new approach by the employers to protect not only their brand’s and industry’s reputations, but their employees’ as well. It also means more employees asking tougher questions about their firms’ political and policy positions. 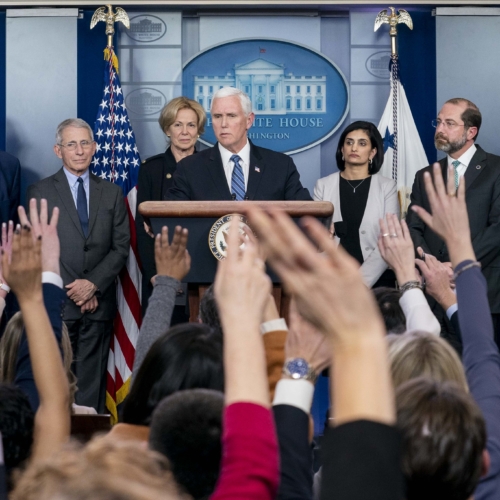 Narrative-Driven Media and Pandemic Perceptions May 9, 2020 Here's what you need to know...   In… 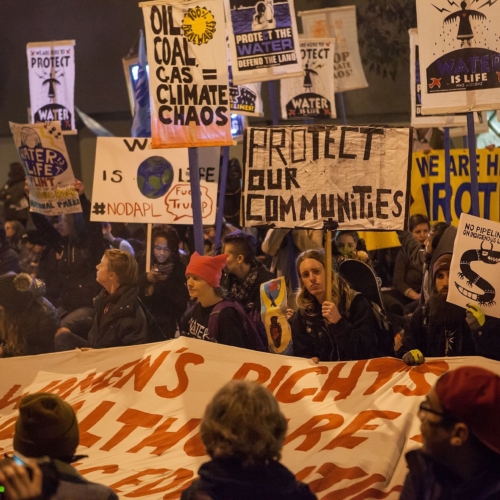 With presidential candidates voicing proposals that could become policies, K Street is already buzzing to influence policy outcomes and minimize risks for their clients. One instructive way they are doing this is by conducting “deeper outreach to think tanks, academia and other institutions that can lend policy gravitas to shape major discussions” over key issues. Such institutions offer an “alternative voice” that serve as the basis for legislation and that “candidates, lawmakers and voters alike may be willing to hear rather than corporate interests,” largely due to the anti-business messaging from professionalized, digitized, and nationalized activists.

This outreach and other “workarounds” highlight the increased risks facing corporate interests as issue activism becomes more prominent, and showcases the changed nature of today’s operating environment for government affairs professionals. Rather than simply traditional outreach and advocacy to contacts on the Hill, understanding and examining the range of stakeholders outside of government influencing the policy discussion on your issue set has become more important than ever.

The “robot revolution” could impact more than just blue-collar workers and include “knowledge workers” as well, according to a new study by Stanford University economist Michael Webb. But, perhaps more interesting is what the study says about the nature of the potential displacement caused by artificial intelligence (AI).

While the study warns that white collar jobs could be displaced by automation, some experts point to factors that might mitigate that possibility. Some AI patents, for example, “might never be used,” while others “might not be used for their initial intentions.” Notably, these technologies might also be used to “augment jobs rather than supplant them.”

One hedge fund investment analyst explained, “There’s a reason there’s not more unemployed hedge fund analysts: Because you do still need that human hand,” he added, “at least for the time being.” When it comes to competitive intelligence for public affairs, our clients echo this sentiment: trained analysts using sophisticated technology provides an information advantage.

If Al Gore really invented the internet, there may be an inconvenient truth he’ll have to face. According to The New Republic, the internet is “inextricably tied to the coming horrors of the climate crisis” and is “the largest coal-fired machine on the entire planet, accounting for 10 percent of global electricity demand.” It’s not simply the attention toward the web’s electricity usage that makes this assault against modernity concerning however, but that companies running ads on the internet – from news outlets to small businesses – risk getting caught up in the political and reputational challenges stemming from environmental activism’s focus on the electricity required to run such ads.

With Bernie Sanders’s proposed plan treating the internet as a “utility that will very much be affected by the climate crisis” and in-house experts at activist groups such as Greenpeace already shaping what the future of a greener internet may look like, the internet as the next climate change culprit has begun. Not only does this trend risk commerce, communication, and promising advancements in innovative frontiers such as telemedicine, but demonstrates the unrelenting and unreasonable nature of today’s environmental activism that can focus its attention and scrutiny anywhere.