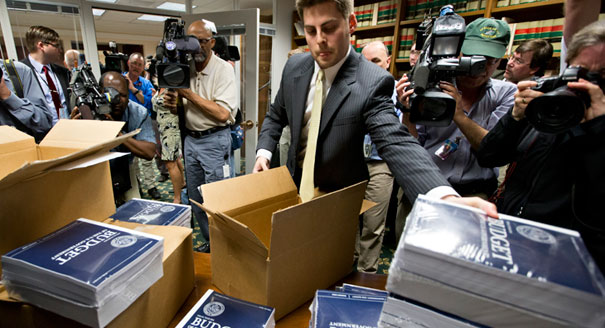 Subscribe here to get TL;DR in you inbox each week.

President Obama released his fiscal 2017 budget proposal on Tuesday. Here are the top 6 things you need to know:

STOP SWIPING FOR SANDERS
Tinder has started blocking Sanders supporters from using the dating app to campaign for Bernie Sanders. Tinder blocked a 23-year-old woman from the app after she swiped right on every single profile and sent “Do you feel the bern? Please text WORK to 82623 for me. Thanks!” to all of her matches. She isn’t the only one – a new Facebook group titled “Bernie Sanders’ Dank Tinder Convos” has “become a kind of support group for people who use the dating app to canvass singles in their area.”

NYET ENOUGH PROTECTION
Business Insider reports: “With current force deployments, Russia could steamroll NATO forces in the Baltic states. In the most optimistic scenario for NATO, Moscow would be able to conquer all the way to Estonia’s capital Tallinn in the course of 60 hours, according to a new report from the think tank RAND Corp.” While the Kremlin has pushed to modernize Russia’s military, one of NATO’s key disadvantages is its process for decision making – all 28 members have to reach consensus on every issue before taking action.

“LABOR UNIONS ARE SUPER PACS THAT DEMOCRATS LIKE”
Howard Dean defended Hillary Clinton’s ties to Wall Street on MSNBC last week: “Why does Hillary Clinton have to put up with a double standard? I don’t hear anybody asking Bernie Sanders for his transcripts for some speech he made with a labor union. Frankly, for Bernie to say he doesn’t have a super PAC, labor unions are super PACs. Now, they’re super PACs that Democrats like, so we don’t go after labor unions, but this is a double standard.”

CYBER COLONIAL PROBLEMS
Venture capitalist and Facebook board member Mark Andreessen may have gone too far when he took to twitter to call out the Indian government for banning Facebook’s free internet services, proclaiming, “Anti-colonialism has been economically catastrophic for the Indian people for decades. Why stop now?” The ensuing uproar led to his inevitable apology, but the damage is done. “Part of the backlash against Internet.org, the Free Basics predecessor, was that it imposed a particularly narrow type of Internet access, with an American tech company, Facebook, picking the services (and therefore the winners),” reports Re/Code.

PORTUGUESE REJECTION
Last week, Portugal’s Socialist government suffered international embarrassment when the European Commission rejected the nation’s anti-austerity budget for “serious non-compliance” with EU fiscal rules. The situation could lead to the first ever veto of a Eurozone nation’s adopted budget by the European government in Brussels. Many observers suspect Portugal is being targeted in order to send a message to Italy, which faces similar issues on a much larger scale.

CAN’T BUY ME VOTES
As the Los Angeles Times reports: “Money may yet prevail in this year’s presidential election, but the failure so far of big donors to propel candidates to the top of the heap has shown the limitations of even huge stockpiles of cash and put some critics of lax campaign finance laws on the defensive.” Jeb Bush, the candidate who collected the most super PAC money, finished with less than 3% of the vote in Iowa. Super PACs may have more sway in the general election, however. “Even Trump would be hard-pressed to write a $1-billion check if he becomes the GOP nominee.” 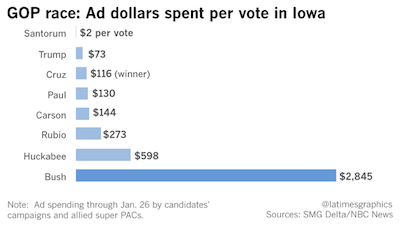 NOTARIZING MODERNIZED
“Why has no one fixed the antiquated notary system? The simple answer is that the law and the technology needed to converge,” writes Notarize’s Adam Pase. Indeed, while there are technological solutions for many outdated systems, too many startups fail to consider the laws and regulations surrounding those systems until it’s too late. Notarize’s story is an example of finding ways to disrupt the laws along with the systems.

CHINA TROUBLE
January 2016 marked the lowest level for China’s foreign-exchange reserves since 2012, prompting some to question how Beijing can continue to rely on rainy-day funds to prop up the yuan without initiating a large-scale capital fight. Bloomberg estimates $1 trillion in capital outflows for 2015, more than seven times the amount of cash that left the nation in 2014. Some Asia economists predict February will yield a much smaller decline, but international investors remain concerned.

LET’S DO IT NOR-WAY
Yngve Slyngstad, Norwegian CEO of the world’s largest sovereign wealth fund, has called for U.S. companies to begin separating the roles of CEO and Chairman. Slyngstad claimed, “While the battle to split the roles in many U.S. companies could take a generation, it was ‘not in a sustainable position’.” The Norwegian oil fund has repeatedly pushed for improved corporate behavior in American companies, using its corporate positions to vote against the election of CEO-Chairmen within JP Morgan, Goldman Sachs, General Electric, ExxonMobil and others.

THERE CAN BE ONLY ONE…OR TWO
Say hello to a new Brexit “supergroup” uniting different strands of Euroskepticism. The Sunday Express reports: “The new umbrella group, which will be unveiled this week, will give campaigners for a U.K. exit a unified voice for the first time. After a week of bitter infighting between the rival campaigns, the groups will put their differences aside to pursue the ‘once in a lifetime opportunity’ that the referendum brings.” The move comes after a poll last week showed that those favoring a British exit from the EU outnumbered the “Bremain” camp by nine percentage points. Two main pro-Brexit groups still remain: Leave.EU, which will anchor the new “supergroup,” and rival Vote Leave.