A Toast To Life, Liberty, And The Pursuit Of Actionable Insights 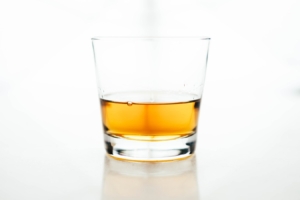 With America celebrating its 242nd birthday this week, many of our readers will be relaxing with family and friends, watching fireworks, reflecting on the blessings of living in this diverse, aspirational, and exceptional nation, and feeling gratitude to those who have and continue to serve in defense of freedom around the world. To celebrate, some may even raise a glass of America’s native spirit, bourbon.

Bourbon was declared as “a distinctive product of the United States” in a 1964 piece of legislation codifying industry production standards. However, recent inquiries into misleading claims raise questions as to whether that “small batch,” “hand-crafted” bourbon is actually what the label says it is. So, because Delve’s analysts are trained to distill information into actionable insights served neat, regardless of industry, here is a special holiday edition of TL;DR delving into the uncertainty surrounding this distinctly-American spirit.

Should you have a thirst for more holiday reading, might we suggest this experiment on whether whiskey tasted better in the 1800s, the latest developments in the “Pappygate” scandal involving stolen bourbon, and how tariffs may impact bourbon around the world. From all of us here at Delve, wishing you and your family a happy and safe Fourth of July!

Subscribe to TL;DR, our weekly blast that brings you news and insights from the competitive intelligence perspective.

You have Successfully Subscribed!